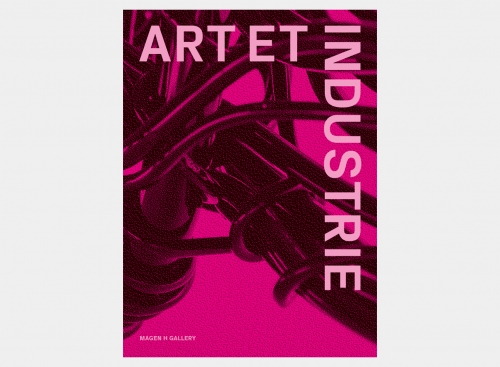 From the moment it opened its doors in November 1977, Art et Industrie was a place—a draw to those interested in edgy alternative culture and a mecca for those makers already treading the fine line between fine and applied art.

Art et Industrie was the epicenter of SoHo’s burgeoning art scene; it became even more of an important cultural hub in its own right. Richard Kaufmann, the gallery’s director, was close friends with artists like Larry Clark and Robert Mapplethorpe. Up-and-coming artists like Keith Haring and Jean-Michel Basquiat frequented Art et Industrie’s monthly openings, and Kaufmann played host to a constant flow of visiting Japanese and European artists, designers and architects.

While Lower Manhattan was the breeding ground of raw and raucous new forms of art, music, performance and literature, there was little in the way of material culture that embodied the city’s scrappy and seditious atmosphere. American design at the time was either a rehashing of 1960s International Style or largely backward looking—the leftover from a New Age emphasis on craft and Victoriana. Kaufmann had become friendly with both Sottsass and Mendini, and it was during one particular visit in 1978 that they saw a drawing of what would become the latter’s most famous piece, the expressively titled Proust Chair, and had its first exhibit at Art et Industrie. Italian architect Alessandro Mendini went so far as to ritualistically burn two of his own chairs in front of the Milan offices of the magazine Casabella, which he edited at the time. Using the image of the burnt chair on the magazine’s June 1974 cover, Mendini created a complex symbol that served both to critique design and to elevate it to the level of art. It was that kind of bold and transgressive blurring of boundaries that Art et Industrie would come to symbolize.

Taken from the vantage point of today’s heightened market for what is now called Design Art, Kaufmann’s two decades-long experiment was entirely prescient. The rise in visibility of world-class fairs like Design Miami/Basel has spurred a market frenzy of interest in the prototype, limited-edition and one-off works of those designers who are once again blurring distinctions between fine and applied art.